About a couple of months ago, we stopped by Walmart to pick up sugar, and for some odd reason, there was an endless supply of Rice Krispie Treats stacked up all along the way down the produce aisle (which is the route we take to the baking aisle...I think this was planned...). Maybe people stock up Rice Krispies for Thanksgiving? (Do you guys have Rice Krispie secrets I don't know about??🧐)

I don't even remember the last time Rice Krispies were in my pantry. Maybe in middle school? Or when I used to go trick-or-treating? Well, the point is, that was like a lifetime ago, and I just learned that Kyong looooves them. Yeah, he was drooling over there...so it was time for Mei to perform her civil duty and drag Kyong away from the temptation.

So here's to Rice Krispies that I actually enjoy eating (and bonus, no baking!):

Ingredients that makes it good:

Bringing it all together:

I thought that I might have to wrap these babies up for later, but they disappeared faster than the time it took for it to dry lol.

But if you want to be good and store them for later, simply wrap them individually with plastic wrap or layer them with a sheet of parchment in between and store them in an air tight container, up to 3 days. 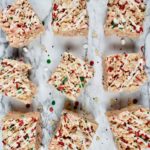 This Rice Krispie recipe is sooo much better than what you get in a package! It's chewy and marshmallowy, everything you wish the blue package have.
Prep Time0 mins
Cook Time5 mins
Dry Time45 mins
Total Time50 mins
Yield: 9 pieces
Prevent your screen from going dark 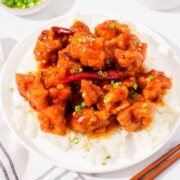 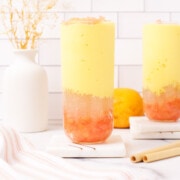 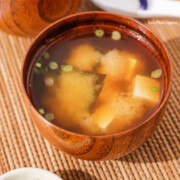 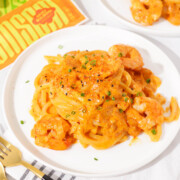